The Roots of Christmas 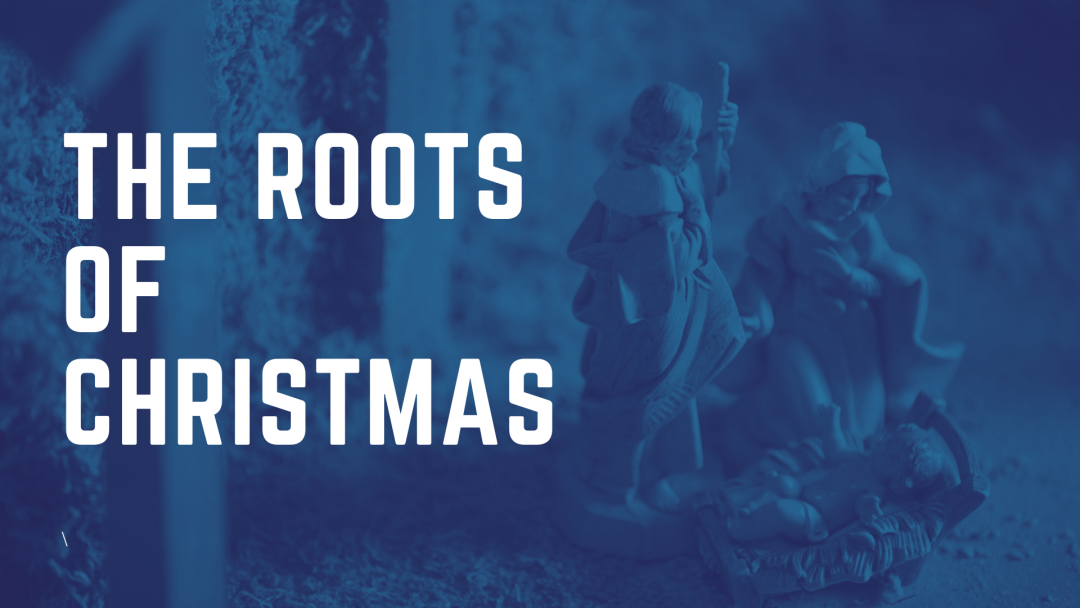 The first Christmas I could remember came after we moved from our fifth-floor apartment in Jamaica, Queens to a small two-story house in Queens Village. With a bigger place to live, my father decided to get a Christmas tree like the ones we saw on TV. He set it up in the corner of the living room, off to the side, by the front window. It was my first experience of having a tree decorated with yellow bubble lights, red and gold satin baubles, silver tinsel garlands, and a bright glowing star on top. Even though the tree was plastic and only stood five feet tall, I sat mesmerized by its beauty. Every year after, my father would put up the tree in December, and it would signal the start of Christmas. I have fond memories of Christmas morning, sitting on our floral velour sofa covered by plastic protectors and watching A Charlie Brown Christmas with my sister. Mouth-watering aromas would come from my mother’s cooking in the kitchen as we played with the one or two toys we had received as gifts, and my dad would sit, reading his Bible and listening to Hark! The Herald Angels Sing on our record player.

Those were memories of my Christmas many years ago. Now, my father and mother are no longer here, and often I am flooded with memories of Christmas past that bring a bittersweet feeling of a child’s unmatchable happiness mixed with an adult son’s sorrow of a world lost to the ebb and flow of time. I understand that it is now my turn to create memories with my children, passing down the meaning and tradition of Christmas to them for years to come.

The History of Holidays

This season holds a special place in my heart. So, it saddens me when I see Christians sliding away from their faith or are surprised when they learn that Christmas might have some history in pagan roots. I’ve always believed that reading the Bible is essential to understand one’s faith and standing with God. It is the Living Word of God, and it is also important to know how that word was brought to us today. Studying how the Bible was formed along with Church history is vital for any growing Christian and should not only be reserved for those in seminary.

It's not exactly easy to answer the question of how Christmas came to be celebrated on December 25th, but there are a few possible reasons. Centuries before Christ, many countries and cultures had winter celebrations, one of which revolved around the winter solstice (the shortest day and longest night of the year). These celebrations included feasts and rejoicing that the worst of winter was behind them and that they survived. During the spread of Christianity in the first century, many Christian authorities thought it was wiser to use existing cultural traditions and turn them toward Christ instead of completely removing them. This is similar to what Paul does when speaking to the people of Athens after he was distressed to learn of their large number of idols. Paul says, “People of Athens! I see that in every way you are very religious. For as I walked around and looked carefully at your objects of worship, I even found an altar with this inscription: TO AN UNKNOWN GOD. So you are ignorant of the very thing you worship—and this is what I am going to proclaim to you” (Acts 17:22-23). Paul uses their existing altar and emphasizes the worship of the one true God over the others that were “built by human hands” (v. 24). Christians took this example to heart, often converting Pagan temples into churches, redirecting the false worship of idols towards the glory of the one true God.

Constantine was the first Roman Emperor to convert to Christianity in 312 AD, and he ended the persecution of Christians in Rome. In an attempt to move Roman citizens away from polytheism, he turned many of the festivities toward becoming more Christ-centered. On December 25, 336AD, Romans celebrated the first Christmas, and years later, Pope Julius I declared December 25 as the official date of the birth of Jesus, although the actual date is unknown. Pagans had celebrated the 25th as the "Feast of The Unconquered Sun," because from this day forward, the hours of daylight grew longer. For many Christians, they felt that celebrating Christ's birth on the 25th emphasized the fact that Jesus was the true unconquered sun, over and against the false god's of Rome. After all, Jesus was the one who had defeated death and brought light to the world.

What we do know for certain is that as Christianity spread throughout the world, different cultures brought their traditions into the Christmas celebration. The tree, the lights, St. Nicholas, the stockings, the gifts, the turkey, the poinsettias, the candy canes, the carolers, all came from different countries and cultures. Like all of us with our salvation, the movement away from God has now been turned toward him for his glory. Origins of the celebration are difficult to trace and may have had some origin in pagan roots, but that was almost two thousand years ago, and if you ask anyone about Christmas now, most say it’s a Christian holiday.

However, some Christians still feel that Christmas shouldn’t be celebrated because of its history or because it’s not exactly the date Christ was born, and that stance not only causes confusion with other Christians, but it also causes skepticism from the rest of the world about our faith. Keep in mind that the Son of God came to earth, and his first miracle was to turn water into wine during a wedding celebration. Even Christ himself partook in a celebration that had ancient tribal roots and was practiced by other pagan cultures at the time. Some Christians find and create controversy regarding Christmas, yet it seems strange to me that we allow ourselves to celebrate other festivities that have non-Christian roots like birthdays, anniversaries, graduations, honor ceremonies, sporting events, Olympics, New Year’s Eve, etc. It’s a tradition in our American culture to celebrate such occasions, and there is nothing wrong with them. In those moments during our celebrations, if we acknowledge our God in heaven and thank him for these milestones, does it matter that these celebrations may have been started centuries ago by pagans? Like Constantine, haven’t we taken these celebrations and used them as moments when we glorify God and remember God’s faithfulness to us? Isn’t that a good thing?

The Scandal of Christmas

It seems that Christmas has always been contentious because it’s the celebration of Christ’s birth, and even saying “Christ” or “Christmas” during this season has come under fire. Yet, even Christians are doing damage to this holiday when they cite pagan roots as their reasons not to celebrate or acknowledge it. Sometimes this season can become overwhelming. You don’t have to partake in the commercialism of it by buying gifts, or going overboard with decorations, or stressing over that magnificent dinner. Charles Schulz’s A Charlie Brown Christmas has already taught us this lesson. That’s not what this holiday is about. Linus beautifully sums it up at the end of Schulz’s cartoon. Would it hurt to remember why the day is so special along with the rest of the world? Couldn’t we sing along with everyone else when our beloved hymns of Christ’s incarnation, written by early theologians and songwriters, play on secular radio stations during this time?

To some, this season is filled with stress, pressure, loss, and sorrow. To some, there’s a darkness of meaning for this time of year. Some dread it to the point of death. It is a broken world. In a season when the world acknowledges Christmas and the birth of Jesus, shouldn’t we as Christians stand among our non-believing brothers and sisters, those who also have been made in God’s image, and be a light in the darkness of meaning during this time of year? Isn’t that God’s answer and our message for this hurting world that on this day a child was born?

Bobby Varghese was born in Kerala, India, raised in New York, and feels Florida is too hot. He and his wife have called Bay Life Church home since 2001. They have two really great teenagers and would appreciate your prayers (because they’re teenagers).